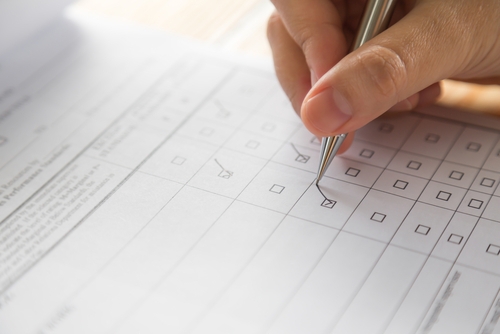 An elderly woman is murdered during a robbery in a small town. The crime scene unit only finds one piece of evidence with the fingerprints of the potential suspect in the whole apartment.
While investigating the exhibit in the forensic department something unfortunately goes wrong. Despite the careful handling, the fingerprints have been damaged during the process of investigation to the extent that they are useless. With the only potentially useful proof accidentally been destroyed, the police has no further evidence. Thus, the homicide case cannot be clarified and the murderer gets not convicted.

Do you think that same or similar cases like this fictional story exist in real life?

EVISCAN conducted a worldwide survey with 131 participants taking part. Damage and destruction of fingerprints on exhibits was one of the topics included.

One of the questions dealt with the issue whether the participants ever damaged or destroyed a fingerprint on an exhibit while using their standard way of preserving a latent print. Nearly every second answer was a “Yes”. Just slightly more than one third answered with a clear “No“. 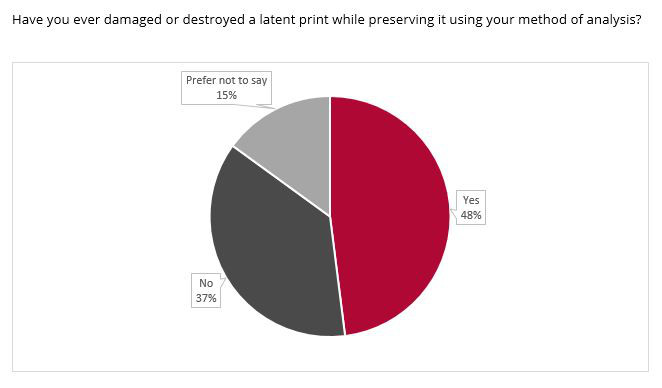 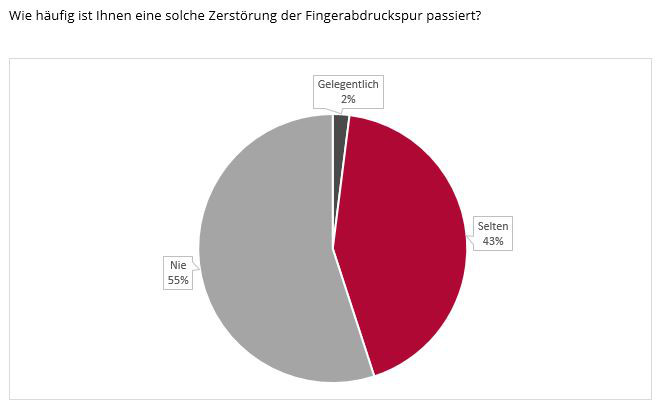 Another question regarded the frequency of damage or destruction. No participant answered with “very often“ or “quite often“. However, 44% indicated that that happens “slightly often“.

The issue of how often the participants have to make a decision between two alternatives that exclude each other is not related directly to the topic of damage and destruction of latent prints. However, this might be a reason for not being able to preserve a trace on an exhibit. In that context it is interesting to have a closer look on that question as well. At least 24% of the respondents implied that they have to decide between two excluding alternatives “very often” or “quite often”.
Almost 50% of the participants answered that they have to decide between two alternatives “slightly often”. 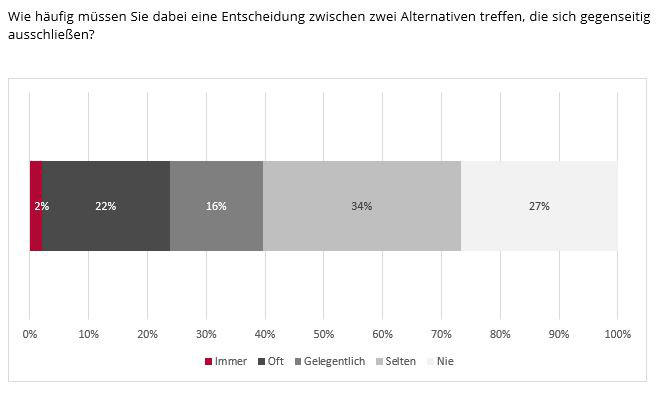 These results clearly indicate the existence of unfortunate damage and destruction of traces in some cases which could have helped to identify a suspect.

With the completely contactless, non-contaminative and non-invasive technology of EVISCAN, the preservation of traces while doing the analysis and the availability of choice between different alternatives is guaranteed.

Experience live on your computer how EVISCAN detects, enhances and preserves fingerprints with neither physical contact nor destruction. Register here for your personal Online Demonstration!