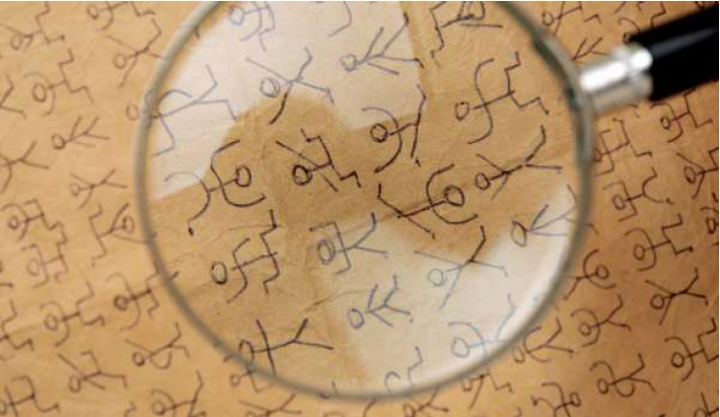 Exchanges with a renowned Arabic police sparked off the idea to analyze “invisible inks” with EVISCAN. It comes from the fact that prisoners in jail occasionally forward messages to each other. Unsuspicious at first sight, these could possibly include a second secret message. Such a message would usually be written between the visible lines by using certain liquids as inks. One possible ink is milk that cannot be seen until the document is treated with either heat or powders. The problem: making the text visible in this manner is an irreversible process, meaning that the uncovered message cannot be turned into blank lines again. The flow of information between the inmates would be necessarily interrupted, as they would know the police is involved.

Therefore the objective of the police could be to read messages without any alteration of the document itself. An easy task with EVISCAN’s contactless and non-destructive high-tech procedure. 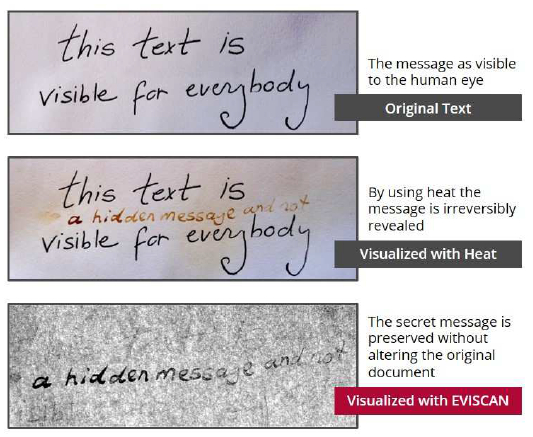