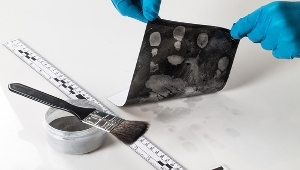 The term “Forensics” is derived from the Latin word “forum” (=marketplace, forum). The reason for this is that in ancient Rome court procedures and criminal implementation were conducted in public on the forum. In modern days, forensics deals only with the study of scientific and technical activities to systematically identify criminal activities, analyze and reconstruct them. The term “Forensics” includes several subdivisions, such as forensic medicine, forensic ballistic or forensic toxicology.

Clients of forensic investigations are typically police, prosecutors or courts. In order to determine the results correctly, forensic experts must write expert opinions for the courts, which are considered to have probative value. In Germany forensic science, mostly with its own institute, is part of the German Federal Criminal Police Office or a state office of criminal investigation.

Since ancient times forensics have gained in importance. In order to investigate crimes, confessions were elicited through torture of people and under the influence of violence. Still one relied largely on witness testimony. In addition to these approaches, there is evidence of working methods, very similar to modern forensic methods. With new discoveries in the field of medicine, specifically the medical examination of causes of death, little by little rational thinking evolved in the 18th century during the era of Enlightenment. This thinking supplanted the usual methods of torture or assumptions of witchcraft. Proof, like blood, finger traces or body secretions were becoming increasingly important.

In 1794 the murder of Edward Culshaw clarified this. His killer could be identified on the basis of a torn piece from a leaflet, which was found in the murder weapon, a pistol. The use of fingerprints to solve crimes was used for the first time mid-19th century by Sir William James Herschel, one of the pioneers of dactyloscopy, also called fingerprint data. The fingerprint data is considered one of the oldest biometric procedures.

EVISCAN is a new innovation to preserve and visualize fingerprints which gains more and more importance for forensic science.