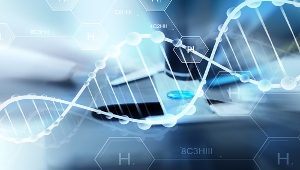 The procedure of genetic fingerprinting was discovered accidentally by a British geneticist, Sir Alex John Jeffreys in the year 1984. Four years later, in 1988, it was approved for the first time in a criminal trial before a court in Germany.

To get valuable information from DNA it must first be disassembled. The non-coding regions of the DNA are the basis for the procedure.

EVISCAN provides a big advantage for the user in comparison to other methods for preserving traces. Here, a possible DNA will not be destroyed while the fingerprint is preserved and can also be secured. Therefore, a decision between preserving a fingerprint and a DNA trace is not necessary.