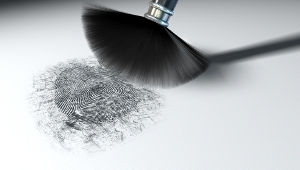 Edmond Locard was an important forensic scientist of the 19th century, also called the “Sherlock Holmes of France”. He played an extremely important role in the global development of criminalistics and is regarded as one of the three founders of forensic science (along with Joseph Bell and Archibald Reiss). The fundamental principle formulated by him – Locard’s Exchange Principle – is essential for today’s law enforcement. This basic principle is that “every contact leaves a trace”. Thus NO perpetrator can leave the scene without leaving a trace. Fingerprints, gunshot residue or blood are the main evidence, which is involuntarily left behind at the crime scene. Although Locard’s thoughts were highly unusual at that time, he realized early the great significance of using scientific tools in the investigation of crimes. Finally, a new discipline, forensics, was created for these reasons.